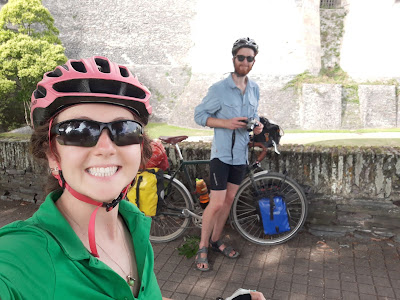 First and foremost, I think I need to establish that I know I don't look good in my cycling sunglasses.  When they arrived through the post from Alpkit, I tried them on just as Housemate Jonny was coming downstairs.  I said, 'hey, Jonny, what do you think of my new sunglasses?'.  There was a momentary pause before Jonny replied, 'have you seen Terminator?'.  Little does Jonny know that I gave him one of my best teacher glares through 'the terminator glasses'!  They're very practical, I reassured myself, because you can change the lenses, not that I've ever done that...


Sunglasses have been much worn since we arrived in France on 13/08/18.  It has mostly been very warm and dry which has made for really pleasant cycling, often along a voie verte.  The voie verte are similar to the UK's 'greenways': nice tree-lined cycle paths which are mostly former railway tracks.  Although sometimes a little monotonous, cycling along these paths is far more enjoyable than pedalling along a D-road.  The voie verte also allow for encounters with like-minded folk.  We met Charles, who insisted on cycling with us all the way to Leclerc in Coutances, and a couple from Saumur who had recently cycled from France to Budapest and offered to house us should we be passing their way. 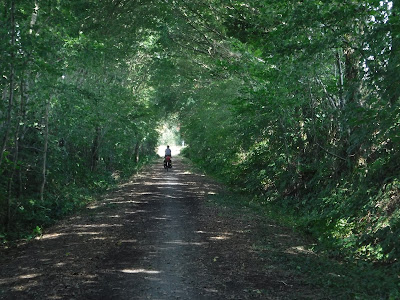 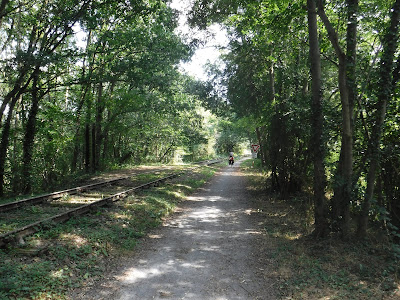 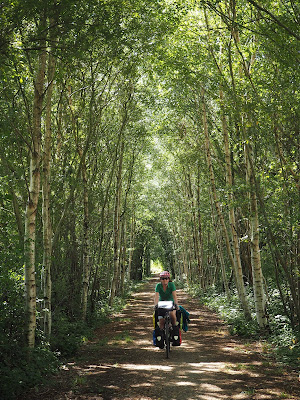 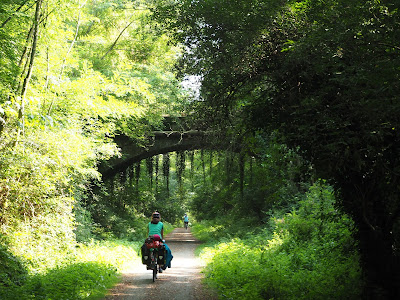 The voie verte often wind along the coast and river banks too.  Catching a first glimpse of Mont Saint Michel in Normandy was very special. 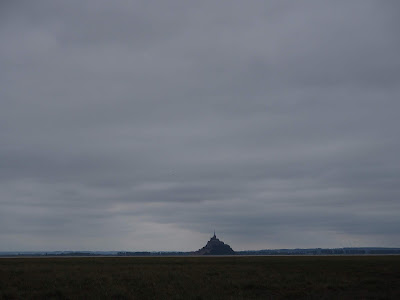 Cycling along La Mayenne river has perhaps provided our favourite cycling so far.  Beautiful, twinkling light bouncing off the river; plenty of benches for pain aux raisin pauses and baguette based lunch breaks, and interesting developments in the lock (écluse) buildings, including an amazing little café where we had our first ice-creams: pear and strawberry and the two boules were délicieux.  At the moment, it feels like this will be hard to beat. 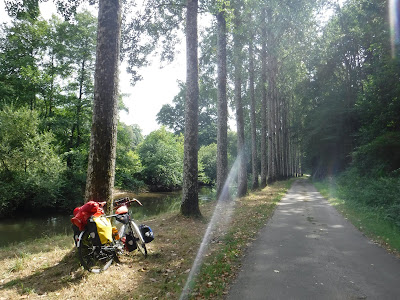 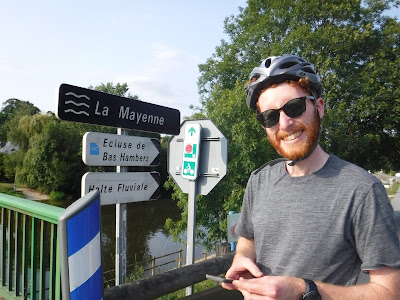 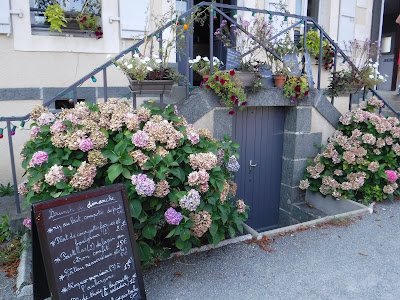 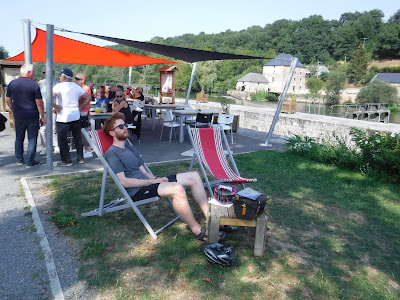 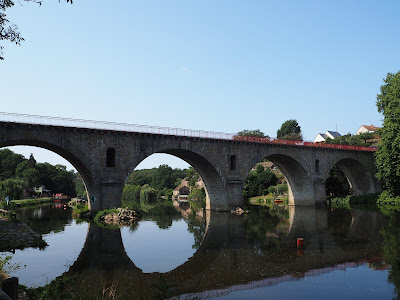 Off the bike, we've been putting all of the camping kit through its paces and the Fjallraven is faring us well.  From Cool Campsites to Municipal campsites to, in essence, the back garden of a friendly Dutch couple.  We've devised a new rating system for campsites based largely on the toilets.  Squat toilets?  Minus 5 points.  Dry toilets?  Plus 3.  Toilet paper, plus 1.  Toilet seat, plus 2.  We've still yet to wild camp and put the shovel to the test (minus 10?!).


In Angers we had the opportunity to go to our first Warm Showers host too and our stay with Aurélie couldn't have been more wonderful.  A warm welcome, a brilliant, warm shower, an incredible meal (which included our discovery of craquilles cacahouetes) and a proper pillow (to go with the proper bed).  We had a fantastic evening with Aurélie, talking about cycling, travel, family and anti-malarials, and our stay has definitely got us thinking about using Warm Showers again soon (and about becoming hosts at some point in the future too). 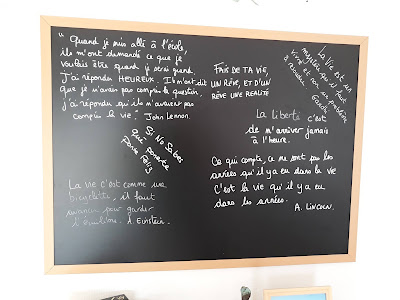 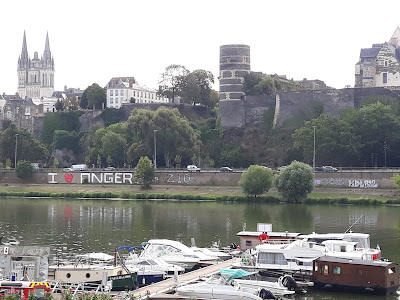 And now, I'm writing from Chez les Breger in Blain, a peaceful town about 50km north of Nantes.  I met Corinne, an English teacher, at ADA and she and her family have kindly welcomed us into their home for the past couple of days.  We are tremendously grateful to the family for the food, the discussion, the rest.  Merci mille fois, les Breger, on a passé un super bon moment avec vous.

Tomorrow we take to the pedals again, direction : Souillac. 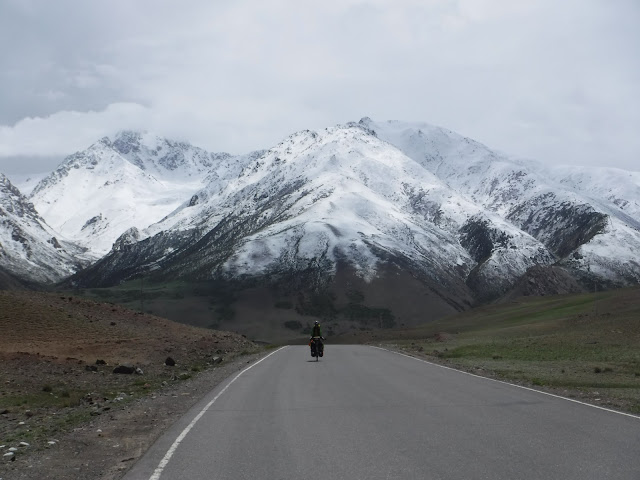 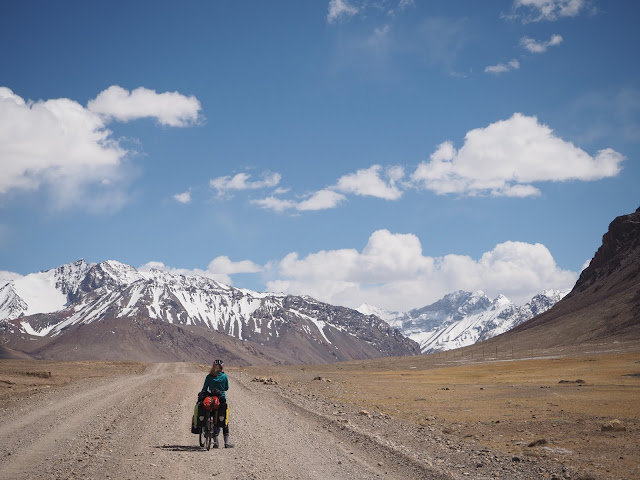 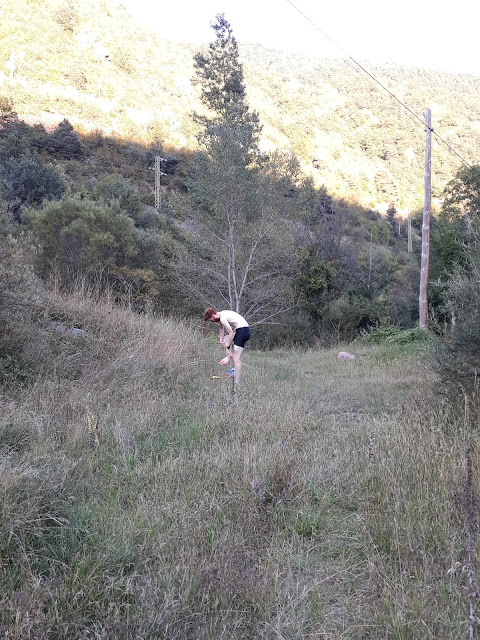